Sitting in ice bath blogging; this one has got to be, by far, the most needed of the 184 or so ice baths I've taken this year....


btw, I did not run a half marathon today, as indicated on my race report and calendar; 2' of snow last week left last weekend's long downhill mountain run pushed to today and therefore I dropped the race. Which is fine; my sole purpose of running it was to get some speed work in. I may do one next weekend instead, I'll have to see how the week plays out and a much needed, non-teary-eyed conversation with Rob pertaining to the rest of my Tucson training, like I had earlier in the week.


So the 20 mile downhill mountain run was today. Originally scheduled for tomorrow but Matt, running friend from the Pickled Prostate group I occasionally run with, sent email yesterday and thought today would be better for the run because the weather was calling for drizzle tomorrow in the mountains. He is running Tucson also and wanted to get in a good downhill run to emulate Tucson's vast downhills. I'm in. I need downhill training. I need uphill training more but I won't go there right now. This run, which I've done a few times in the past, is about 20 miles from Bakerville to the little old gold mining town of Idaho Springs; you lose about 2000', which closely matches Tucson marathon's elevation loss (yeah, a sign of a true addict, for sure: any trail within a 2-hour radius which simulates upcoming next race and all plans for the day are pushed aside to run it!). This was probably a big mistake for me: my legs just came off of two miserable runs the past 2 days and though they felt great yesterday after a sucky attempt at a timed mile (strike 1: got to 9/10 of a 6:27 paced run and just quit. I couldn't get any air in my lungs and I was hurting. Bad.) followed by a slower than race-pace tempo run on Thursday night (strike 2: lesson learned here - never start a 9 mile run after 4:30 pm after daylight savings; it gets pitch dark by 5:15, Jill gets scared outta her mind by how creepy the night alone in the park is (with howling coyote, to boot), and it gets flipping freezing - a good 20 degrees cooler than at the start. I took off too fast to avoid as much darkness as I could and, as customary, died at the end. It's becoming my motto: run too fast in beginning, die at end. Repeat for next run). I don't think I was ready for today's run.


Today: strike 3 - failed attempt #3 at running in as many days. Here's today's dissection to my distressed run:

- From the start, I had some hip flexor pain on my left side. Article sited says, "You may be able to run just fine at slower speeds and shorter distances, but as the distance or speed increases; watch out - it can bite. Be sure to fully recover before resuming progressive training." I wasn't aware I had any hip flexor issues prior to run so not sure I could have "recovered before resuming..." so running 20 only exacerbated the matter. Maybe I should have stretched it some pre-run. Stretching before a run? What's that?

- When Matt, a sub 7 min/miler said he'd run with me for the first 4 or so miles, that didn't mean I should listen to the evil voices telling me I needed to run a sub 7:30 pace so he didn't have to prod along with me at his snail's pace. 4 miles at a 7:28 pace avg set off warning bells - heck, sirens were blaring in my ears this pace was too fast, but I pretended they weren't there and ran at what I would consider an excellent 5K pace anyway (let's recall motto from above!!).

- Mid and Lower backache-y-ness slamming me about mile 7. I usually take an Aleve before I set off on my long runs; my self-undiagnosed-until-today ADD must have kicked in and I did not take one. To prove my newly label was not just a mere fluke, the baggie of said pain relievers, which always resides in my running pack, was absent. I swear, I put it in there last night. I'm not sure my best friend, Aleve, would have abated the pain totally but 13 miles with back issues is exceedingly miserable. I can't help but think it would have helped. At least some.
(this just in: as I laid in bed last night trying to sleep, I suddenly remembered that I placed my little package of pain relievers in zipped pouch inside my running pack; I had them all along. Um, yeah...about that ADD....)


- Mid stomach queasiness and mild cramping, an enigmatic symptom I thought I axed some time ago, resurfaced about mile 9. Matt thought it was dehydration related. Possibly. I certainly didn't feel dehydrated but I've been wrong with this thought before. I'm experimenting with Xood, the electrolyte of choice by the Tucson race officials (I'm going to write an article on how there needs to be a standard electrolyte replacement for all marathons. My 5th marathon this year is approaching - 5th electrolyte. I think. For a chick which a sensitive stomach, experimenting with this is never fun). Also playing with Perpetuem as a nutrition to re-fuel my glycogen levels since one thing I know I cannot consume is GU. I've taken these two products a couple times now with great success so don't think that these were the culprits to my demise. But who knows. Which is just beyond frustrating!

- And finally, the last of innumerable culprits to cripple today's run: I stopped at an old abandoned cemetery around mile 13 to take some pictures; it's beauty and stillness engrossed me as I floated from barely legible marker to marker, trying to read dates and names. I wish I could have spent the day there; the desolation and of removal from the world and its frantic pace was pulling me in. When I started up to run again, my legs did NOT want to move. Not one tiny bit. I depleted all mental strength here and just decided that it was better to slow the pace to a crawl than to fight the demons in my head telling me to stop. Around mile 17, I secretly hoped a car would approach and take pity on my faltered state and give me a ride to Matt's car at mile 20. Omg, I can't believe I thought that.


I finally arrived in Idaho Springs to Matt's car, having stopped my watch 3 miles earlier because I couldn't handle the sight of a Garmin-read 10:34 pace on a downhill anymore. Matt was gracious enough to be patient and told me it was fine I floundered in a good half hour after him. I'm sure he didn't mind, but I felt bad. We chatted about each other's runs (he ran a negative split. Hate him. :) ) then he drove me back up to Bakersville to retrieve my car - which was more excruciatingly painful than the run. Sitting there with major glute and hip flexor pain from 20 downhill miles was causing me to sit every which way I could, trying to get comfortable. At least Matt said, too, that he had major hamstring issues after runs like this and he, too, was in agony sitting in the car. Not that I wish anyone pain, but what a relief to know I wasn't alone in car-ride-suffering.


I'm not deflated with today's run (okay, maybe mildly) nor the previous two (okay mildly on those, too), which combined might normally land me in la-la-land, but I think all is going to go well in Tucson. Call it clairvoyance or an insight of sorts, but I think that I'm going to be just fine!


With 5 weeks left to Tucson; I just jumped back into training three weeks ago after Portland .... so what do I taper off of? Surely, I don't need a 3 week taper with 5 weeks of training!?! A new world to me. Matt suggested we do today's long run again in two weeks. I think not, though I may run about 15 miles of it and hit my longest run day before Turkey Day. I don't know....err...

My ice bath revived my achy legs and I'm rearing to go!

(btw, I have proper spacing on my blog between paragraphs when editing, but when I go to "pubish it" the paragraphs are all mushed together as one or large gaping spaces. I think it has something to do with the timing of picture insertion....didn't want people to think I'm ADD. Oh wait, that's right, I am!) 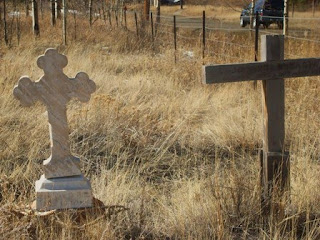 I absolutely love this picture!
Posted by Jill at 4:23 PM

Ha! My hubby tries to join me on some of my long runs for part of them. I always end up running a 5K with him and then stumbling the next 17 miles home by myself. He is no longer invited!! Good Luck in your training!

Sounds like you had a hard time! You've been running alot, maybe your body is rebelling(or your mind!). I can't take GU so I use the Hammer Gel and my husband uses Perpetuem, he loves it. This run will be over in your mind before you know it!

Wow. That felt painful reading it. Glad you didn't give up. Running at such altitude must be challenging.

The spacing thing, happens to me too.

I love your ice bathing and blogging, that's genious!......as long as you don't do a super long post and get hypothermia :)

I think you are probably right and a 3-week taper is probably unnecessary unless something is really hurting. Two weeks is probably plenty.

holy cow you threw at all kinds of speed numbers that I can't even imagine!

i've become a fan of the shorter taper, I swear I race better

Are you tired of searching for bitcoin faucets?
Triple your claiming speed with this new BITCOIN FAUCET ROTATOR.

If you are searching for the best bitcoin exchange company, then you should know YoBit.